Last year, during the interview of Vogue, Kanye West exposed that in the following years, he wanted to open 200 stores for his Yeezy series sneakers. California will be definitely on the list of the locations of the stores as Calabass is the theme city of the new series.

This August, the first Yeezy exclusive store opened but the person opened this store is Mr. Hu, a merchant in Wenzhou, China. The store is located in the Jiefang Road in Wenzhou. The whole store is shown in lightening blue tone. The inside decoration is completely in American style. The slogan–“Refuse Taolu, welcome new styles” is printed on the floor. The Yeezy-550 sneaker has a complete series pf colors. Those colors both you have seen or haven’t seen before can all be found in this store, however, they are all the copycats.

It arouses the curiosity of the sneakerheads as soon as this sneaker store, in the name of Yeezy, opened, some of which are foreigners. A foreign boy named Collin get popular on Youtube for his videos of the exploration of the fake sneakers in China. He didn’t miss the Yeezy store in Wenzhou. After his visiting to this store, the exploration video gets around so popular in Youtube, which makes many foreigners asking for acting purchase in China. 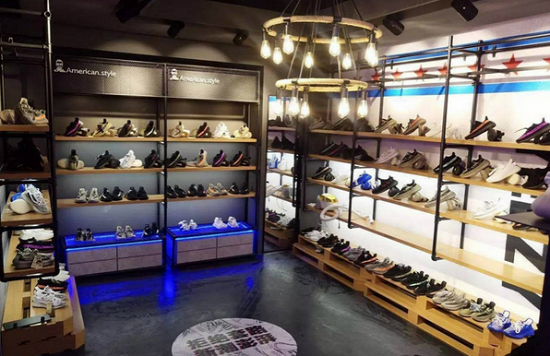 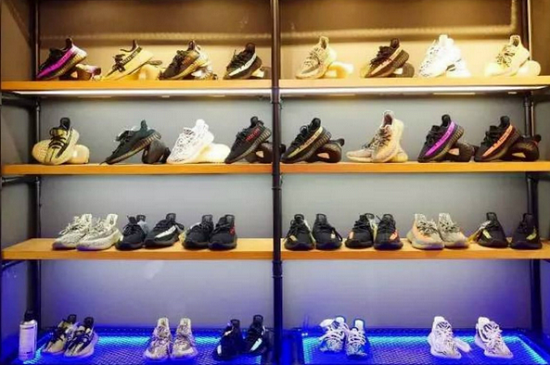 When Colin is visiting this store, he admires all the efforts they have done to make this store real. He also finds that the quality of the products are very good, which makes the products more expensive than other fake sneakers on the market of China. According to the introduction of Mr. Hu, he has been in the sneaker manufacturing sales for more than ten years. The fake sneakers are all made of the imported luminescent materials, the taiwan water base cement processing. The shoe upper and shoe sole are applied with patents and PTU processing. Many customers consider it high cost performance. 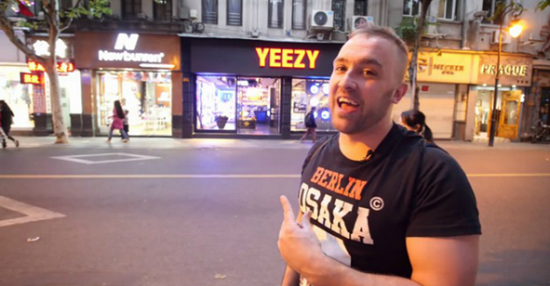 The only problem is that this Yeezy exclusive shop hasn’t get any authority from Adidas or Kanye West.

For this, Mr. Hu, during the interview of shanghaiist, says that he doesn’t worry about the bad effects brought by stealing the brand from another company. He indicated that he is doing the legal business because he registered the “Yeezy” trademark in China early in 2013. And it is two years later that Adidas released the Yeezy series sneaker. 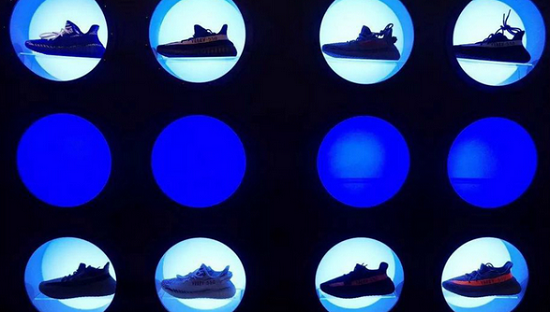 “This is the legal system that has been applied in China for years. Although there was the trademark dispute with Maskot holding group in 2015, the related office later claimed that the Yeezy trademark registered by us is valid.” Mr. Hu said this when interviewed by Zhouwen Merchants Newspaper. Because he found the rising trend of the consuming of fashion all over the world, he chooses to register the Yeezy trademark so earlier. He thinks the fashion sneakers will play an important role in China.