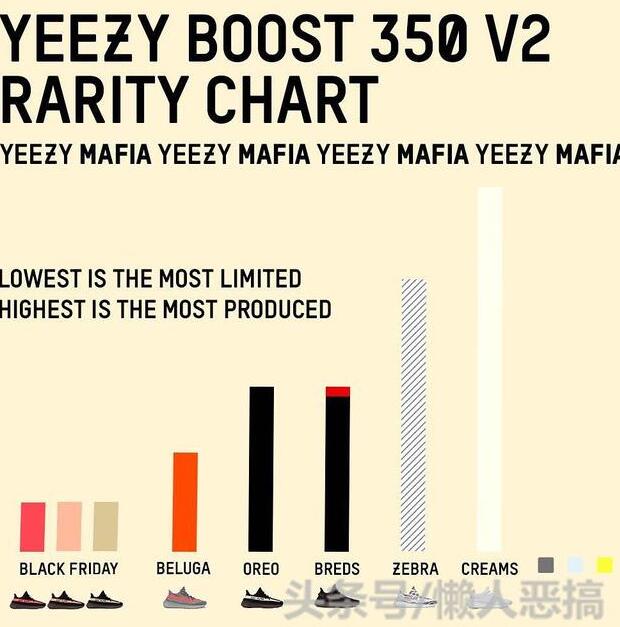 However, adidas Yeezy Boost 350 V2 “Zebra” is still the most popular sneaker among the Yeezy Boost series. Although there comes the second round of sale of the zebra, a huge storage complementary globally, the demand is still far exceeding the supply. Some are happy while some are not.

For now, the institute on researching the fake and real sneaker identification–@ Fake_Education also lists 5 points to compare the real and fake adidas Yeezy Boost 350 V2 “Zebra”. Let’s go and have a look. Although it is almost impossible to get the real zebra, it is still worth studying to know how to choose a zebra that is the closest to the real one from its appearance and materials as there are so many types of Yeezy in the market.

There is only one pair of the real zebra, and can you tell which one is? 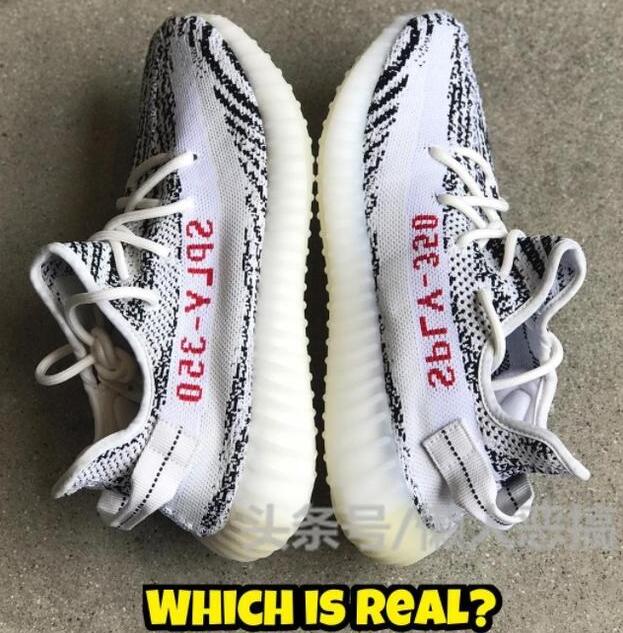 The first point: the whole shoe body and shoe head 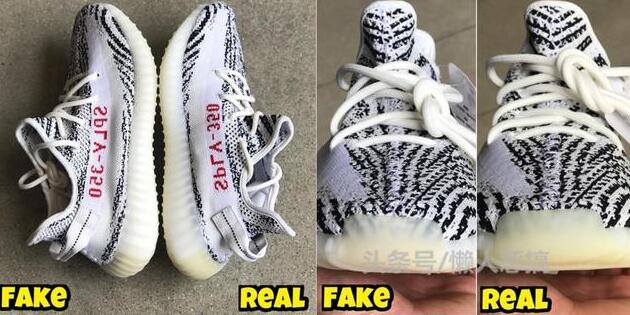 Firstly, for the whole appearance, it is really hard to tell the real from the fake by eyes. However, after careful comparison on the outer soles, you will find that the outer sole of the fake Yeezys is whiter and more crystal. Then for the shoe head part, the outer sole is relatively rough. 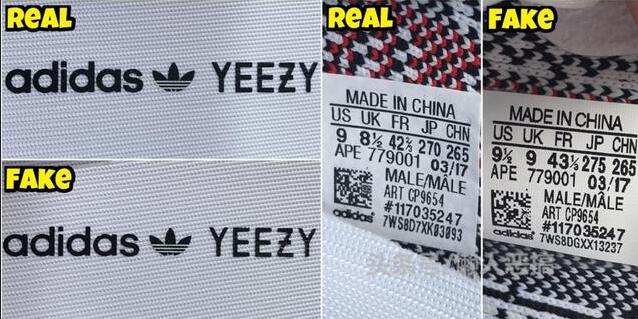 For the shoe pads, the fake and real one are really close. However, after careful comparison, it is easy to find that the letters of the real one are bolded. And you actually wear the sneakers, the various fake ones’ letters will be wiped soon. As for the sizes marked inside, the letters are obviously different from the real ones. There is a huge difference.

The third point: UV to light on the shoe body

You will find that the real one has complete patterns when you look inside and outside of the sneaker if you light it with UV, and that they all reflect the light. Instead, the Yeezy Boosts replica in the market have rough patterns, and they cannot reflect the lights.

The forth point: UV to light the shoe end

\Actually, it is hard to identify the real and fake Yeezy sneakers by eye, without UV light. However, after careful comparison, the real one’s out sole is milk white. And if you use the UV to light it, the situation is just similar to the third point. The replica Yeezy Boost have rough patterns and cannot reflect the lights. One more thing is that the outer sole cannot reflect either.

After the careful analysis of editor, you can have a careful contrast no matter which Yeezy you buy. In fact, the reasons why Yeezy is so popular are that its style is really good and that the details are well dealt by Yeezy. Now, the manufacturing skills for sneaker are so mature that it is not that hard to get the materials of the original sneakers if you are determined. It is not hard to manufacture a sneaker that is close to the real one. However, many manufacturers cheat on workmanship and materials, and don’t pay enough attention to the details. So if you are going to buy a Yeezy, please study them. If you want to know more about the Yeezy series sneakers, you can look back to the previous articles. Hope they can get you some help.